Before reading this chapter I had five questions. I answered some correctly, whiffed badly on one and one remains unknown.

Where did Voldemort vanish to and why? I was actually correct about this one. Harry passed safely through a magical force field meant to keep Death Eaters out.

Is Hagrid dead? Thankfully no. I just figured when he hit the earth that hard and the Richter scale probably registered about 5.4 that he didn't make it. Lots of padding I suppose.

Are any of The Seven Potters and their escorts dead? Because I assumed Hagrid didn't survive I figured the rest did. Sadly, Mad-Eye Moody is no longer with us. Maybe he'll meet up with his other eye some place.

Is Harry in a safe place? He is now. The old portkey trick to the Burrow worked. And everyone else except Mad-Eye, of course, and Mundungus are safely there if not all in one piece. Poor George and his missing ear. He and Fred will find a way to monetize it in their joke shop.

Who told Snape? That's still a mystery. Those at the Burrow are hot to find out though.

Now Harry, presumably in a safe place, wants to leave for the same reason he broke up with Ginny. Dumbledore's and now Mad-Eye's deaths have more than saddened him. He's blaming himself and he doesn't want another death (perhaps even his closest friends) on his conscience.

Harry is in a tough spot. He needs his friends for protection and help. But he doesn't want them to die while protecting and helping. The pain in his scar has increased his fear that something bad will happen.

The curious behavior of his wand is also troubling. He's thankful it happened, but why? There is a curious connection between his wand and Voldemort's wand. But of course, as Harry can surmise from his vision of Voldemort terrorizing Ollivander, the Dark Lord had chased him down with someone else's wand. We, of course, know it to be Lucius Malfoy's, and the vision revealed the same to Harry.

The mystery of Harry reading or hearing or seeing Voldemort's thoughts and actions has returned. Seems like Voldemort has let his guard down in his rage. Or something like that.

Hermione reminds Harry to keep his guard up to keep his mind free of Voldemort. Not sure this a two-way street though. My hunch is it seems like Voldemort would have more of an upper hand and wouldn't need spies if he could read Harry's mind.

But what do I know. I'm no mind reader. 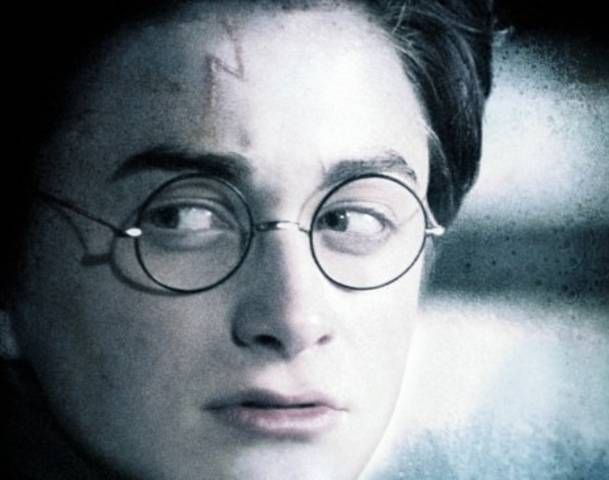